Good music for a good cause

16-year-old Greta Thunberg and her advocacies are only getting bigger as she will feature on The 1975’s upcoming album in a new track warning listeners about climate change, global warming, and inaction.

In the track called “The 1975” – just like the group’s other first tracks on their previous albums – Thunberg opens “Notes on a Conditional Form” which will release next year. Her contribution continues against a soft musical backdrop.

“We have to acknowledge that the older generations have failed. All political movements in their present form have failed,” Thunberg says in her comments, “But homo sapiens have not yet failed. Yes, we are failing, but there is still time to turn everything around. We can still fix this.” 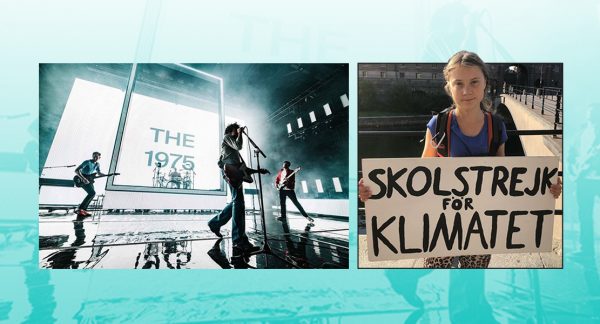 The teenager rose to prominence last summer when she started a climate protest outside the Swedish parliament and has since inspired students worldwide to do the same. She has requested that all proceeds of the track go to climate activist group Extinction Rebellion.

“I’m grateful to get the opportunity to get my message out to a broad new audience in a new way,” Thunberg said in a statement, “I think it’s great that The 1975 is so strongly engaged in the climate crisis. We quickly need to get people in all branches of society to get involved.”