The Weightlifting Fairy actress is about to bring joy to her Filipino fans.

K-Drama fans, the long wait is over.

South Korean actress Lee Sung Kyoung is finally in Manila to meet her Filipino fans at the “Be Joyful” fanmeeting.

The event will be her first official fanmeet in the country. 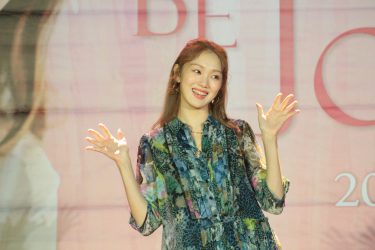 In a press conference, the 28-year-old star is all smiles as she greeted members of the press and selected lucky fans.

Lee took the opportunity to thank her Filipino supporters, especially for loving her first drama lead role, Kim Bok Joo, in Weightlifting Fairy, despite admitting her difficulties in achieving the character’s athletic look.

“I have heard that Filipino fans really loved the Weightlifting Fairy series so thank you very much,” she says through the help of a translator. 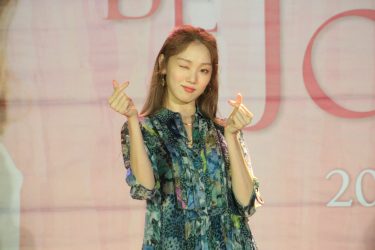 The coming-of-age series follows a group of college athletes in their struggles and triumphs for their dreams, all while experiencing and finding love in the process. It is also through this show that the actress, alongside her co-stars, popularized “sweeg,” an expression which means “awesome.”

When asked about what situations she considers “sweeg,” Lee simply says, “Right now,” referring to her visit to the country and her upcoming fanmeet.

The “‘Be Joyful’ Lee Sung Kyoung 1st Fanmeeting in Manila” is happening this July 27, at the SM Skydome in Quezon City.