A celebration of LGBTQ+ art and music

University of the Philippines (UP) Babaylan celebrated LGBTQ+ art and music in Things Left Unspoken: Be Free, Be Queer – a benefit concert and art gallery at The Chamber Gastro Tavern, Maginhawa St., Quezon City last May 17, 2019.

Things Left Unspoken is an annual initiative of UP Babaylan which aims to fight hate and empower the LGBTQ+ community through queer visibility. It is part of the global observance of the International Day Against Homophobia, Transphobia and Biphobia (IDAHOTB). 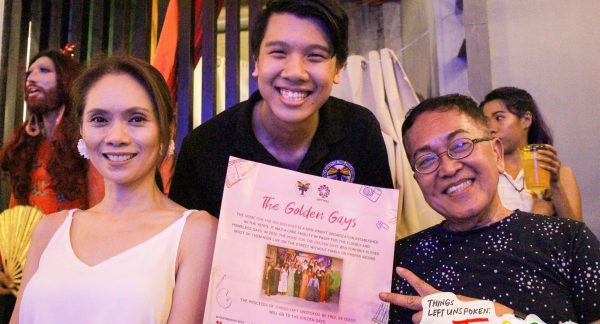 For IDAHOTB 2019, UP Babaylan will donate all proceeds of the event to the performing LGBTQ+ artists, and The Golden Gays, a non-profit organization for homeless and elderly gay men based in Pasay City. Individuals and organizations who are interested in helping The Golden Gays through donations and outreach programs can also reach them here.

A free and confidential HIV testing and counseling site, in partnership with Klinika Bernardo, was also set up at the UP Center for Women’s and Gender Studies (UP CWGS) as one of UP Babaylan’s advocacies is to fight the stigma against people living with the human immunodeficiency virus (HIV).

Ultimately, these are all part of of the joint efforts of advocacy groups worldwide every IDAHOTB to combat cissexism, heterosexism and other forms of hate. UP Babaylan is the premier and longest-existing duly recognized university-based student LGBTQ+ organization in the Philippines and in Asia. 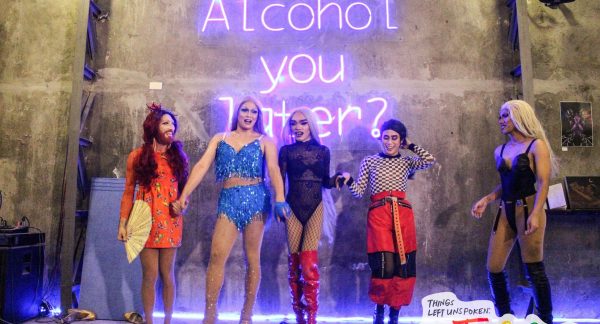 Things Left Unspoken was co-presented by UP CWGS, in partnership with ProudCampaign.PH, UP Alyansa, Ganda Filipinas, Mental Health PH and Benilde Hive, with major media partners InqPOP!, Manila Bulletin, TEAM Mag, Cinema Bravo and Cinema One Originals. It was also brought to you by Bulacan State University Bahaghari and Youth for Mental Health Coalition.