This year marks the 50th anniversary of the Stonewall Riots, which took place in New York City in June of 1969, and are often cited as the beginning of the LGBTQ+ rights movement. To commemorate this special month, Google Doogle launched an interactive slideshow that takes us through five decades of Pride history. 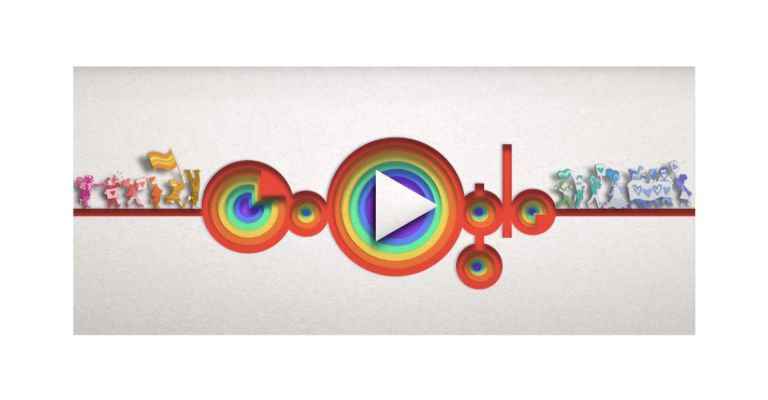 For this year’s Doodle, Doodler Nate Swinehart said that he decided to use strips of cut paper to depict the people and the setting.

“I began exploring different styles that could fully capture the feeling of a growing parade and relate to all who are a part of it. After several experiments, I landed on the idea of using strips of cut paper to depict the people and setting,” he said. “Paper is flat and simple by nature, but by adding multiple layers of depth across the decades, I could show the growth of the community over time. Color also played a huge part in the concepting, as I wanted to depict the vibrance and energy of the community. While everything begins with shades of grey, we first see the rainbow through a community space.” 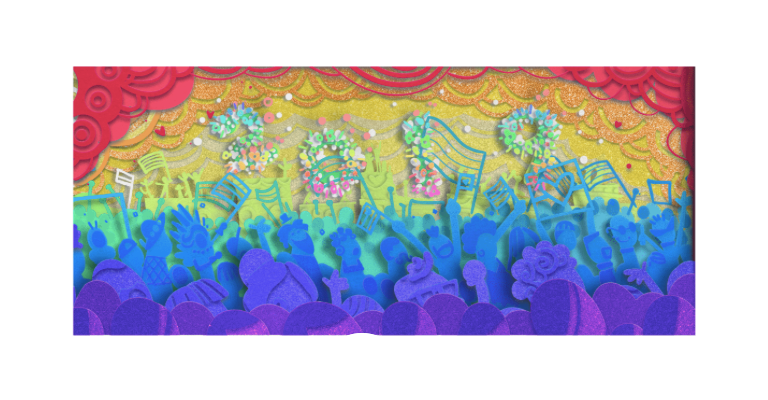 As a member of the LGBTQ+ community, Swineheart also shared that working on this doodle was a very personal project. He said that he’s “very familiar with the struggle of feeling included, accepted, and that I am a ‘part’ of this world.”

“I have witnessed the strides forward for queer people over the decades, and today, many of us celebrate a level of freedom I could not have imagined in my wildest dreams while I was growing up. I’m hopeful for the future and a day when everyone, regardless of their identification, can stand and march proudly in celebration. Happy Pride!” he added.

Pride Month is celebrated in different countries around the globe. Philippines’ very own Metro Manila Pride March and Festival 2019 is happening on June 29 at the Marikina Sports Center.