We couldn’t look away at all!

Game of Thrones has always given us some unexpected shocks and amazing battle sequences, but there almost quite nothing like what they showed in its latest episode “The Bells.” It definitely lived up to its expectations (shock-wise) as the penultimate episode of the series, for only the finale remains – even when nearly nothing else does.

Spoiler warnings if you still haven’t watched the episode but to summarize what happened in the “The Bells,” Daenerys absolutely destroyed the city of King’s Landing. Atop her remaining dragon Drogon, she burned and thrashed her way through the buildings and houses, taking the lives of soldiers and innocent lives alike. Even some of our favorite characters met their demise like Varys, Jaime, Cersei, and most of all, Sandor “The Hound” Clegane.

Albeit a lot of people were not amused with how the story was handled in this episode, appearing to rushed and quickly sent Daenerys into a fit of madness, but it cannot be denied that “The Bells” had one of the best shots ever seen on the series, and it came at the hands at one of the show’s best directors Miguel Sapochnik (“Hardhome,” “The Battle of the Bastards,” “The Winds of Winter,” and this season’s “The Long Night”).

In a behind-the-scenes interview, show creators David Benioff and D.B. Weiss tasked Sapochnik and the show’s director of photography Fabian Wagner in how to tell the siege of King’s Landing in a different and quite emotional way. Sapochnik decided to focus on the people on the grounds so that audiences could see personally the destruction that was happening.

No words can explain just how well-taken many of these scenes were, so just scroll down and feast your eyes on the best shots from Game of Thrones’ “The Bells.”

*warning: some of these pictures may be too graphic*

1. As Daenerys says her titles, Drogon emerges from the darkness as she says “mother of dragons,” perfectly behind her as she commands “Dracarys.” 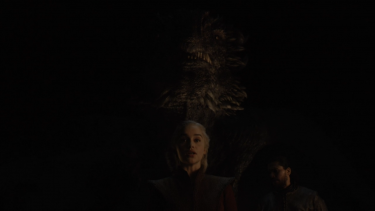 2. Entering from the right, the Golden Company’s captain Harry Strickland syncs right in the middle of the frame as he faces Daenerys’ army. 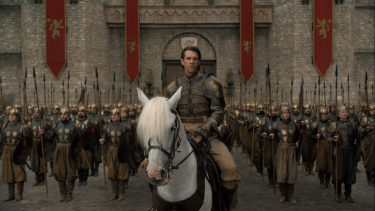 3. In what seemed like a hopeful escape, a tunnel engulfs in flame, setting a commoner on fire. 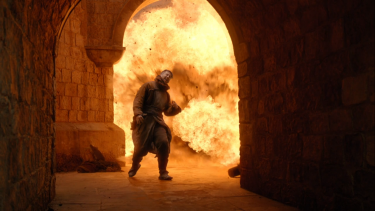 4. It’s hard not to feel scared for this unnamed girl trying to hide from bloodthirsty soldiers. 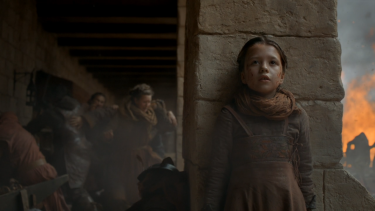 5. Audiences get a distanced view of a woman being saved by Jon Snow, with the tunnel perfectly lit by the still-seen sun. 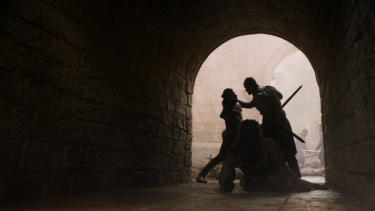 6. “What is dead may never die,” the last time we ever see Euron Greyjoy is this fine overhead shot. 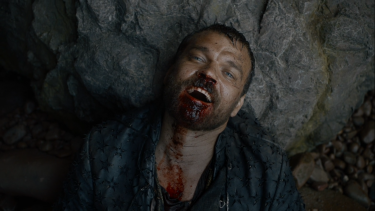 7. The Clegane brothers fight on a “stairway to nowhere.” 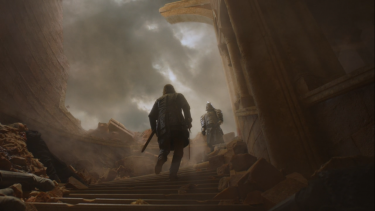 8. With destruction all around them, Jaime and Cersei are lit by a solitary beam of sunlight. 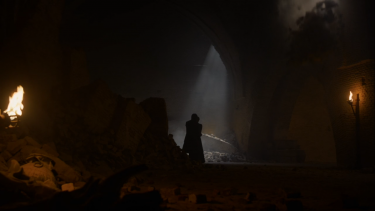 9. Perhaps the most harrowing scene is seeing the charred bodies of a mother and child, evident by the burned toy. 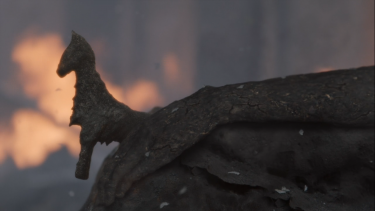 10. The best shot of the episode, Arya centered in front of a hopeful light amidst the ruins around her. 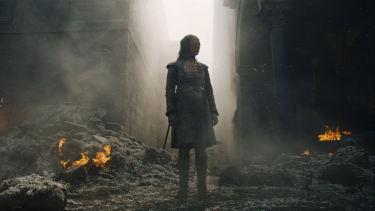