Netflix's 'Black Mirror' season 5 will be released on June 5.

After the release of the standalone interactive film Bandersnatch in December 2018, Black Mirror will be back this June for its fifth season. 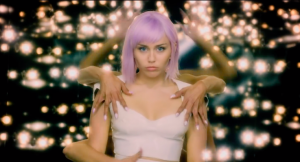 In an interview with RadioTimes, Brooker said that season 5 will be “imminent-ish” and it would be a mix of the anthology’s trademark nihilistic tone.

“Doing Bandersnatch was like doing several episodes at once,” he said. “So in one respect the other season five episodes are more straightforward, though they all come with their own challenges.”

He also explained that while some of the filming work was completed before Bandersnatch, the rest of fifth season would continue after the interactive film’s completion.

“We’d already shot like, one of the episodes of season five before we did Bandersnatch,” Brooker said. “At one point we weren’t sure whether we were going to make Bandersnatch part of season five. It was Netflix’s suggestion as well: ‘let’s do it as its own thing’. As it expanded and got bigger and bigger and bigger it became apparent that the way to do this was to do it as a standalone thing.”

Black Mirror season 5 will be available on Netflix on June 5.