The gods have flipped their coin.

“They say that every time a Targaryen is born, the gods toss a coin and the world holds its breath.”

The quote above is what Varys tells Jon about the fate of the Targaryens, attributing to their dual history split by either madness or peacefulness. In Game of Thrones, Daenerys’ coin kept spinning and spinning and we as viewers held our breath to see which side of her family would she live. In the penultimate episode “The Bells,” we get our chance to breathe as the coin finally lands.

Everyone was so excited for the Battle of Winterfell in Episode 3, no one was expecting what this new episode brought. In true Game of Thrones fashion, it was beyond everything we imagined – and it came at a very great cost. Spoiler warnings, as the end to this hit series draws even closer, with only a few questions left to answer given the events of “The Bells.” 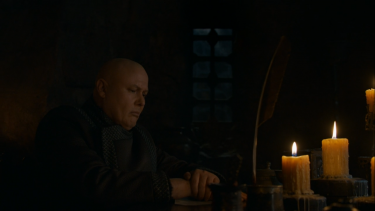 Daenerys has locked herself up in her room in Dragonstone, not wanting to see anyone after the deaths of Rhaegal and Missandei. Varys, seeing the path she is leaning to, begins to write letters noting of Jon’s heritage and claim to the Iron Throne. He greets Jon upon his arrival to Dragonstone, implores him to reconsider his claim, but Jon refuses.

Tyrion sees their discussion, and tells on Varys to a distressed Daenerys. She points that it’s Jon who betrayed her first by spreading the truth about him. Still, she has Varys arrested for treason; Tyrion says his farewell to the eunuch, before he is executed by Drogon’s dragonfire. Afterwards Daenerys mourns Missandei with Grey Worm, and argues with Jon about their relationship.

Daenerys makes plans to attack King’s Landing, even with Tyrion begging to reconsider given the many innocent lives Cersei has allowed to enter the city. As a compromise, Tyrion asks that they call off the attack once they hear the city bells ringing signalling surrender. Daenerys agrees, but informs Tyrion of Jaime’s attempt to return to Cersei – and threatens the dwarf’s life. 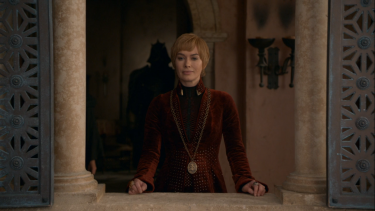 In King’s Landing, commoners continue entering the city as both armies prepare for a siege; Arya and Sandor ride into the city. Tyrion makes a deal with Jaime upon unchaining him and saying goodbye, that he gets Cersei to surrender and have the bells rung, and they escape to Pentos in a boat (as provided by Davos) to start a new life; Jaime too sneaks into the city.

The next day, without any warning, Daenerys on Drogon descends upon Blackwater Bay and sets the whole Iron Fleet on fire, causing Euron to abandon ship. She then begins to attack all the men and Scorpions on the walls, causing an explosion near the city gates, signalling her forces to attack the city – thus the bloody and fiery siege begins.

Inside her tower, Cersei watches as Daenerys and her forces breach King’s Landing. Against Qyburn’s warnings of their fallen soldiers, she persists that the Red Keep will stand and her army will continue fighting for her. Yet upon seeing hopelessness, the Lannister soldiers lay down their weapons and call for the bells to ring their surrender, which after tense moments finally do. 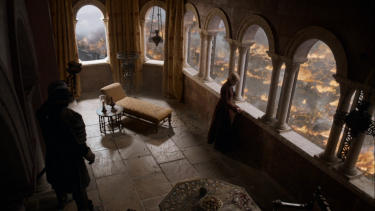 A city on fire

But with a distraught face and eyes set on the Red Keep, Daenerys proceeds to burning King’s Landing and all its inhabitants, much to Tyrion’s horror. Even against Jon’s commands, Grey Worm and the rest of the soldiers attack Cersei’s forces without mercy. Cersei, Tyrion, and Jon watch in utter shock as Daenerys and her army ravage the streets, burning and killing soldiers and innocents alike.

Just as Jaime is about to climb through the dungeons, Euron appears and challenges him to a duel to the death – all while Daenerys begins tearing down the Red Keep, prompting Cersei, Qyburn, and the Mountain to evacuate. Euron stabs Jaime twice in the side, but it’s Jaime who delivers a fatal wound to Euron’s body. Jaime makes his way up as Euron succumbs to his wounds, proud that he wounded the Kingslayer.

Arya and Sandor make it to the castle, but Sandor advises Arya head back as the falling debris only points to imminent death. Arya ultimately gives in, and thanks Sandor for all he’s done. Sandor comes across his brother, which only fuels the rage between the two. The Mountain smashes Qyburn’s head back, and Cersei leaves the two Cleganes to battle. 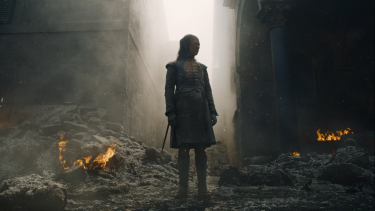 The Clegane brothers fight on the slowly falling staircase, even causing the Mountain to reveal his hideous face and figure. Seeing that no fatal wounds are able to kill his brother, Sandor grabs him and drives into wall, the two Cleganes slowly falling into the raging fire below. Jaime reaches Cersei, and after an embrace leads her down to the dungeons.

Seeing King’s Landing has fallen, Jon and Davos signal to fall back. Across some streets nearby, Arya sees all the turmoil and destruction that Daenerys is causing; amidst all the death and dying around her, she runs and seeks cover from the debris. Even with ash and dust surrounding her, she braves her way out of King’s Landing. In the collapsing dungeon, Jaime and Cersei are trapped. They embrace once more in each other’s arms, just as the roof comes down.

Just like that, Daenerys gave in to the madness that her family was well known for, and ravaged the very city she was trying to save. Though the events happened too fast, Daenerys’ descent and actions were foretold episodes, even seasons, before. The deaths of all her close friends like Missandei and Jorah slowly drove her, Bran foresaw a dragon over King’s Landing, and Daenerys’ vision in Season 2 showed the throne room in ruins, which we now know is by her doing.

Varys was one of the very few people who stayed true to his beliefs, unlike many characters in Game of Thrones who switched sides to survive. He knew through Melisandre that his time would come, and he was committed to save Westeros at the expense of his life. How horrified Tyrion and Jon must be now to see that Varys, despite how treasonous his actions were, was right. 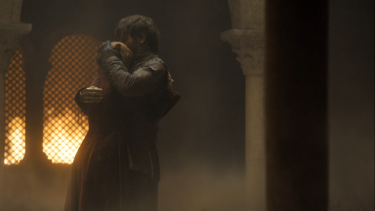 Speaking of Tyrion, the Lannisters have indeed fallen from grace season after season. Here Tyrion pays back Jaime for releasing him in Season 4, and in a final embrace show the love the brothers have. And yet Jaime’s character development seems wasted as he returns to Cersei; but this was not completely out of order as he always wanted to die with Cersei – to leave the world together as they had entered it. As disappointing as their death was, it was still poetic.

Sandor’s poetic ending was also much to the hype of audience as the Clegane-bowl finally happened. We eventually got to see the Mountain’s disfigured face, and Sandor defeats his two fears – fire and his brother – with one strong push. Having Arya’s gratitude, as arguably being the one who taught her the most, was a touching farewell; and now Arya can look past vengeance and live.

But only one final episode remains. King’s Landing is in ruins, and Daenerys has won the throne at great cost. There is so much speculation as to how Game of Thrones will end a 9-year journey. Will Daenerys rule, or Jon? Who dies, and does Arya have one more name to cross? What role do Sansa, Bran, and everyone in the North still have to play? And finally, how many tissues will we need on May 20?