The animated film is heading to the musical stage.

The beloved animated film, The Prince of Egypt, is coming to West End as a musical production. 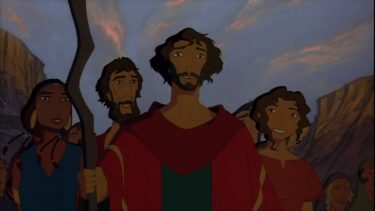 The musical, set for a 32-week theatrical run at London’s Dominion Theatre, will premiere on February 2020. Dreamworks Theatricals, a fellow subsidiary of the film’s producer, Dreamworks Animation, will be in charge of production, with Michael McCabe and Neil Laidlaw at the helm.

According to a The Hollywood Reporter feature, the show will feature ten new songs composed by Stephen Schwartz from the world-renowned play, Wicked, along with the five existing soundtracks in the original film. This means that the Oscar-winning song and massive hit duet from Whitney Houston and Mariah Carey, “When You Believe,” will be heard in the material’s rebirth.

Also joining the production team is the musical’s book writer, Philip Lezebnik, who has written for the Disney films Mulan and Pocahontas. The composer’s son, Scott Schwartz will be its director, while Sean Cheesman will take care of choreography. The casting and more members of the creative team are set to be announced, too.

A biblical story, The Prince of Egypt is about the Book of Exodus, which revolves around the Hebrew foundling child Moses and the Pharaoh’s son Rameses, raised as brothers, and whose bond is broken when secrets of the past come to light, leading them to divergent destinies that change history.

A preview of the stage musical will happen on February 5 before it officially opens on February 25.