They died deservedly, for good reasons.

People barely had time to recover from the events of Avengers: Endgame, some probably were not prepared for Game of Thrones’ latest episode “The Long Night.” As promised, it was the longest battle sequence in movie and television history, and like every battle it came with casualties (just like Endgame). If you still haven’t watched “The Long Night,” spoiler warnings, because below is an explanation why each major character had to die.

The Battle of Winterfell was 82 minutes long (and dark). Here are the major Game of Thrones players who were dead once the fight was over, in chronological order: 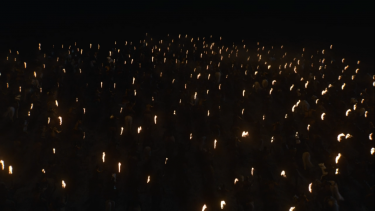 One of the big arguments in the battle was why the Dothraki were placed in front and the first to charge, when the leaders knew fully well that the wights would devour them. A possible answer to this is to level the playing field. Back in Season 7, Jaime tells Cersei about his experience in the episode “The Spoils of War,” that nothing could stop a Dothraki horde – until now.

The death of the Dothraki also prompted Daenerys to fly above the battle ahead of time, allowing the Night King an advantage in confusing her and Jon. Besides, the Dothraki aren’t meant for the North or Westeros, they thrive with their horses on Dothraki sea of grass in Essos; the closest substitute would be the Reach. But with the thought of a level field, now that the dead are gone, the fight against Cersei and her remaining soldiers is an even match. 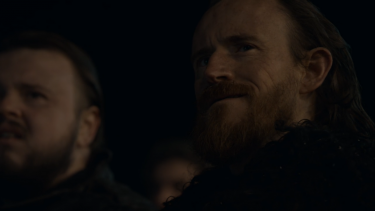 Edd’s death was the first shocking one of the episode, and it came at the expense of saving Sam from a wight. A similar thing happened in Season 4’s penultimate episode, “The Watchers on the Wall,” when the Night’s Watch fought the wildlings. Pyp, another friend of Sam and Jon, died in Sam’s arms after being shot with an arrow.

This time around, Edd’s death signifies the end of the Night’s Watch (since Edd became Lord Commander when Jon “quit”). Because the wildlings are allies now, the Wall has fallen, and the dead come marching in, it shows there is no need for the Night’s Watch – making his death symbolic. Sadly his wish to be burned did come any sooner as he turned into a wight towards the episode’s end, poor Edd. We’re going to miss him. 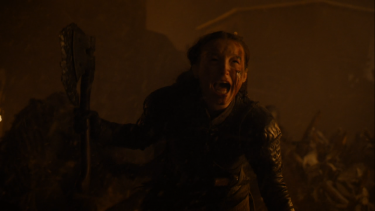 In a fair world, Lyanna Mormont should not have died. But every battle must have a casualty (like Haldir in Lord of the Rings: The Two Towers). In true Mormont fashion, the young Lady of Bear Island did not let the tight grasp of an undead giant stop her, stabbing it in the eye before breathing her last. Badass good girl.

Lyanna promised time and time again that she and the Mormonts would fight for the Starks and the North, and her last action echoes the events of Season 6’s “The Battle of the Bastards.” Wun Wun the giant broke into Winterfell but was shot down by Ramsay Bolton, and Jon charged at him with a Mormont shield. Lyanna too became a reason for defending the Starks’ home by taking down a [giant] enemy. 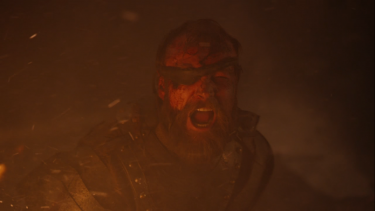 For many episodes Beric seemed untouchable having been resurrected six times by the Lord of the Light because, according to him, he has a purpose to serve though he doesn’t know what that purpose is. In “The Long Night” we learn that purpose. His final act was to help get Arya to safety, and stood in the way of the wights so that it was he who be attacked and not her or Sandor.

Arya would eventually be the one to deliver the killing blow on the Night King (see below), bringing Beric’s purpose to a full circle – just as Melisandre points out when he succumbs to multiple stab wounds (like the many times he resurrected). Melisandre could have possibly tried to bring him back to life, but she (and possible Beric himself) knew that his service was over. 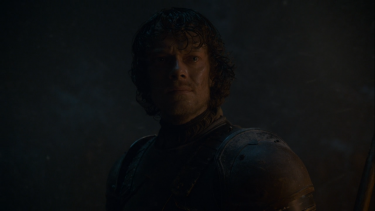 Theon’s entire storyline was a redemption arc only rivaled by few in television history, like Zuko in Avatar: The Last Airbender. In Season 2 his troubles begin when he turns on the Starks, and is tortured by Ramsay as he turns into Reek. But there was a moment in Season 3 where he realizes Winterfell was home, and the Starks were family.

Every act from then on – helping Sansa escape, supporting and rescuing his sister Yara, supporting Daenerys, and fighting for Winterfell – was him trying to right the wrongs he had done in the past. His final stand, protecting Bran, was all the forgiveness he needed – especially when Bran said everything he did brought him “home,” and thanked him for being a good man. In many ways, Theon was the real hero, down to his heroic and hopeless charge to the Night King. 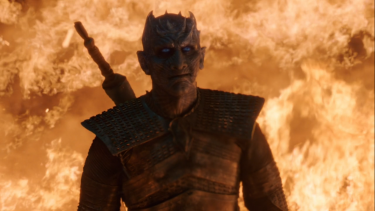 By far the biggest death of the episode, and it came at the hands of Arya Stark aka No One aka the number one killer in Westeros. It almost feels like poetic justice that the Night King would crumble underneath a weirwood tree, where he was created, and stabbed in the same area by a Valyrian steel knife (aka dragonsteel) where a dragonglass blade turned him into what he was.

Plot-wise, the death of the Night King and the army of the dead shifts the attention back to what Game of Thrones is all about, the fight for the Iron Throne. With him out of the way, Daenerys, Jon, and the survivors of the “The Long Night” can head down to King’s Landing and go up against Cersei, the Lannister army, and the Golden Company sans war elephants. How exciting. 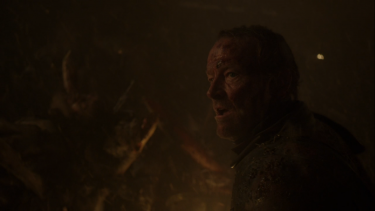 Lyanna was the fallen favorite, Theon was the redemption arc, and the Night King was the game-changer, but it was Jorah’s death that hurt the most. Way back in Season 1, Jorah swore an oath to stand by Daenerys’ side and to fight for her no matter what. Even after being turned away twice, Jorah returned, conquering greyscale, to be in the service of his queen.

The Mormont family words are “Here we stand,” which is similar to what Jorah said in Season 1’s Episode 6. Jorah stood against all the wights that came at Daenerys, taking in all their attacks just to keep her safe. Even after getting stabbed so many times, Jorah stood his ground, up to the moment all the wights fell. And in the episode’s most emotional moment, he succumbed to his wounds lying in Daenerys’ arms – the queen he loved and vowed to protect always; a true knight. 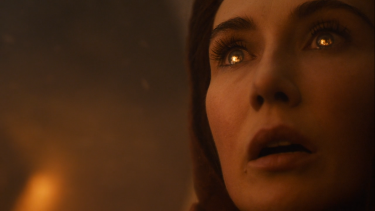 No one expected Melisandre to arrive at Winterfell, though she promised Varys she was to die in Westeros. But her involvement was a great boost, even if just for a short while. Her move to light the Dothraki arakhs on fire gave everyone a small hope they could survive a charge (and let us see what was happening), and her clutch prayer lit the trench on fire – until the wights crossed.

Inside Winterfell, Melisandre reminded Arya of their first conversation, and how to deal with the god of death. This was what prompted Arya to get back into killer mode, eventually striking the final blow. Like Beric, Melisandre served her purpose in the great war, and finally let go of the magic that kept her alive. She always said the Lord of the Light would keep her warm, and in her demise she aged in the snow.

Whose death struck you the most?