Daenerys and her dragons have come North, Jon knows the truth about his heritage, and Jaime has met eyes with Bran once again in Winterfell. The first episode of Game of Thrones’ eighth and final season delivered as promised, only for the second to keep us on the edge of our seats as the battle for survival draws near.

The second episode, entitled “A Knight of the Seven Kingdoms” (for a very heartwarming reason), took place entirely in Winterfell – so no scheming from Cersei, Euron, Qyburn, and everyone else down south. But with much more emotional reunions happening in this outing, MB Life is prepared to break it all down (spoiler warnings!), before the Night King and his army of the dead arrive – which is sooner than you think.

“A Knight of the Seven Kingdoms” Summary

Picking up right where “Winterfell” left off, Jaime has been brought the Great Hall of Winterfell to see if he is worthy of everyone’s trust. He breaks the news that Cersei will not be sending her armies and that the Golden Company awaits the survivors. Tyrion’s trust of his sibling is undermined, but Brienne speaks up for Jaime thus gaining the approval of Sansa, Jon, and eventually Daenerys.

Later on Jaime meets with Bran at the Winterfell weirwood tree to make amends for his actions. Jaime also reunites with Tyrion and talk about Cersei’s schemes – that she truly is pregnant but wasn’t enough for Jaime to stay. Upon seeing Brienne teaching Podrick (who has become a much better fighter), he asks permission to fight under her, to which Brienne obliges. 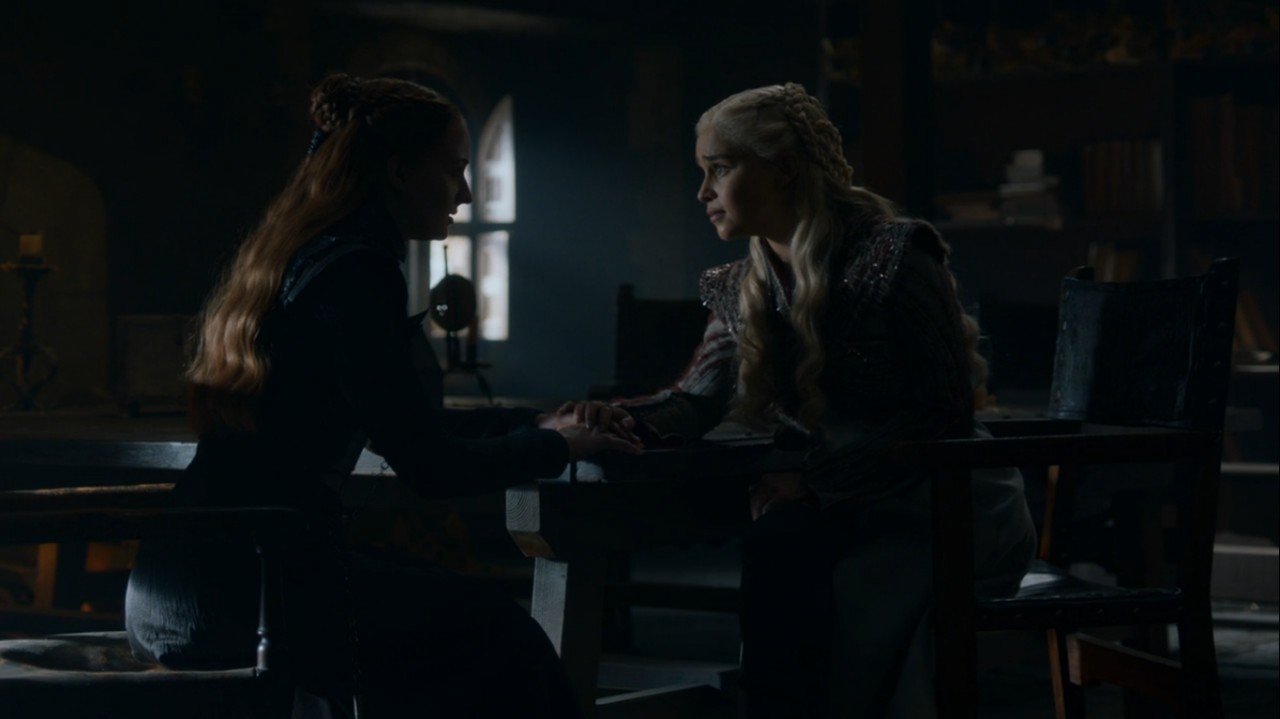 Jorah approaches Daenerys and asks that she forgive Tyrion for his misjudgements, just as she forgave him for his own mistakes. Daenerys also tries to settle the tension between her and Sansa, but progress came to a halt when her relationship with Jon is questioned. Sansa exits to welcome someone into Winterfell – Theon – who has returned to fight for his adopted home.

As Winterfell prepares for the Night King’s arrival, Davos and Gilly help the commoners gather supplies and make their way to the crypts. Tormund, Beric, Edd, and what remains of the Night’s Watch arrive at Winterfell and warn that that the dead will arrive at nightfall – and not long after, Tormund begins to look if Brienne is still around.

Everyone gathers to plan for the upcoming battle, and Jon points out that striking the Night King down will cause the White Walkers to fall. Bran reveals the Night King’s ultimate plan, that he wants to kill him and all of Westeros’ history so there is nothing left but endless night. Theon is tasked with protecting Bran, while Tyrion is asked to stay in the crypts instead of fighting (but not before he has a chat with Bran).

Missandei and Grey Worm talk about what their future holds, and Grey Worm promises to take her back home to Naath. Jon, Sam, and Edd reminisce about their Night’s Watch days, how far they’ve come, and the friend they’ve lost. Tyrion and Jaime drink in the hall and are soon joined by Brienne, Podrick, Davos, and Tormund in what “could be their last night” – so Podrick rouses them with a song. 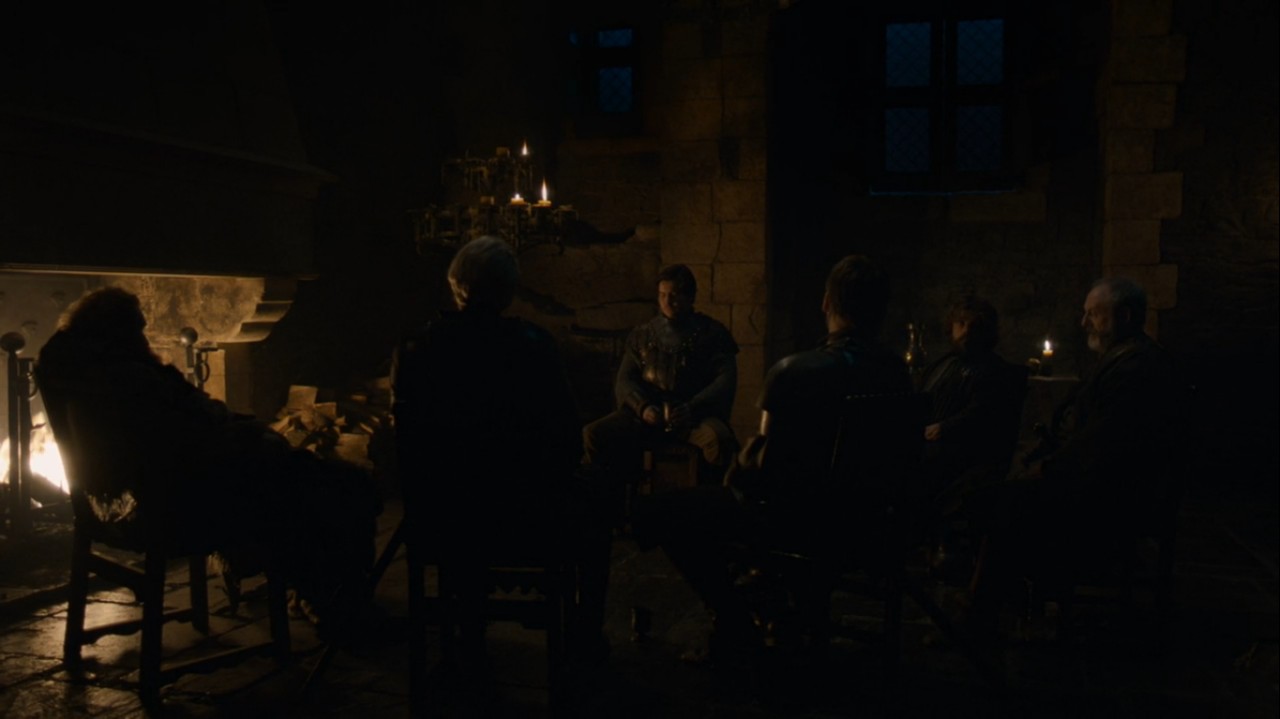 Arya meets with Sandor and Beric to settle things between them. She later meets with Gendry who has finally made her weapon – a double-sided spear -, and they proceed to make love. Jaime grants Brienne the title of a knight, to the applause of everyone else. Cousins Lyanna and Jorah bicker about fighting positions, and Sam bestows his sword Heartsbane upon Jorah. In the crypts, Jon finally tells Daenerys who he really is, but their conversation is abruptly paused for the army of the dead is outside Winterfell.

Just like “Winterfell,” “A Knight of the Seven Kingdoms” was full of reunions only this time they were more emotional and touching. There was Tormund and Brienne moments, a short yet sweet conversation between Missandei and Grey Worm, and Arya did “it” with Gendry! It was a fanfic author’s haven, but beneath all these relationships erupted some interesting points.

Instead of Bran, it was Jaime who was mostly everywhere as he had screentime with Bran, Tyrion, and Brienne (maybe to make up for his near-absence in the first episode). Jaime’s arrival is an important turning point for the Kingslayer as he proves his oath to “fight for the living” – he even got the assist from Bran with another eerie callback, “the things we do for love,” which is what Jaime said before pushing Bran off the tower.

Still, like Jon points it out, every man counts and that includes Jaime. If Jaime is not as foolish as Tyrion is now, then Cersei is indeed pregnant meaning her bed time with Euron was to cover-up her baby with Jaime. Jaime-Brienne shippers had the time of their lives as the two had subtle conversations that only confirmed there was something more than respect between (sorry Tormund, your cheesy lines don’t cut it). Also worthy of note, Jaime knighted Brienne with “Widow’s Wail,” which is twin to Brienne’s “Oathkeeper.”

Another reunion that had little sparks was between Sansa and Theon. This was the first time both had met since Theon saved Sansa and left her with Brienne and Podrick back in Season 6. Theon has since met up with Yara to reclaim the Iron Islands with the help of Daenerys, while Sansa won the North back from Ramsay Bolton. Seeing these two together again, who have faced so much pain physically and mentally, show that love goes beyond the romantic level. 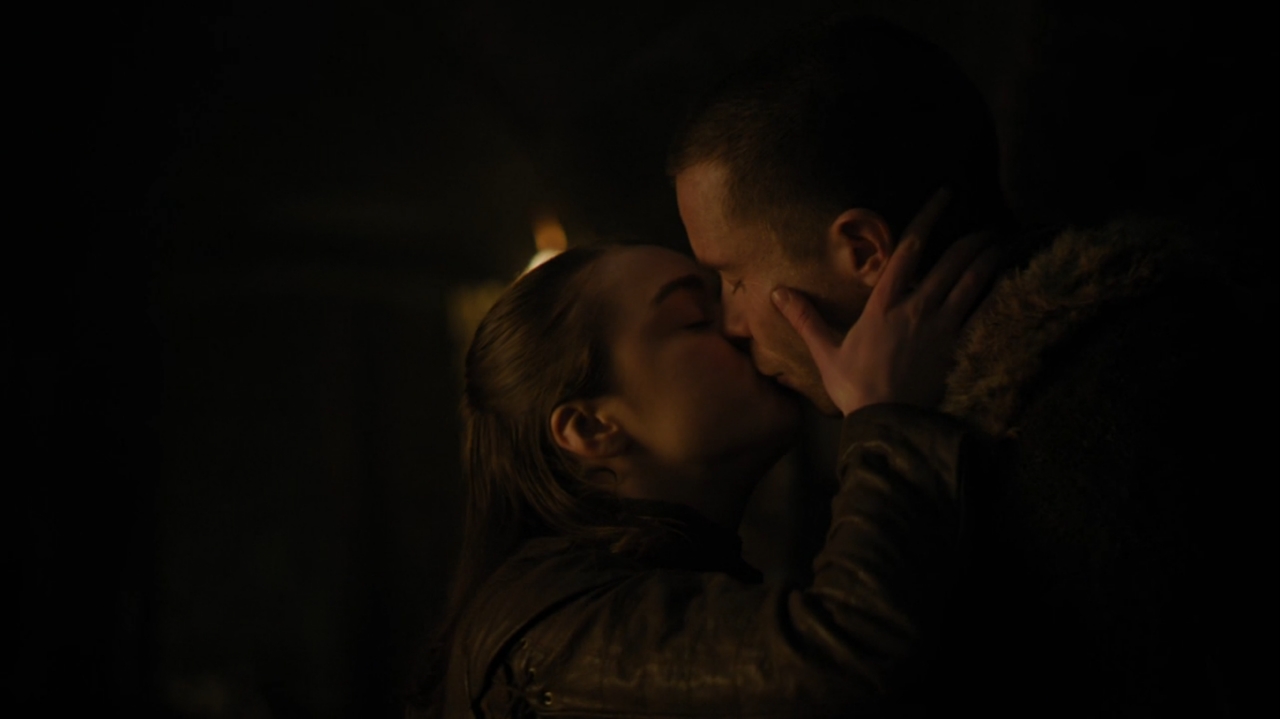 Okay let’s talk about Arya and Gendry, because FINALLY! Fans have long been expecting something to happen between them, and the show came through. But what makes this union so interesting is that evokes something Robert Baratheon way back in the series’ very first episode, that a Baratheon son and Stark daughter will join together; Gendry is a bastard but still, it couldn’t be a coincidence right? All the same, Arya is badass no matter what – especially with her new spear (and we’re talking about an actual spear).

Maybe the reason why girls love Podrick is because of his beautiful voice! The song he sings in this episode is called “Jenny of Oldstones,” which is about a woman called Jenny who caught the attention of a Targaryen prince and made him give up his claim to the throne. That prince was actually Daenerys’ great-uncle Duncan, who was presumed to have died in the the Tragedy of Summerhall along with other Targaryens, and Jenny.

Singing before battles isn’t new, Bronn and his fellow soldiers were singing “Rains of Castamere” before the Battle of Blackwater. What makes “Jenny of Oldstones” so interesting is that it talks about Jenny dancing with all her loved ones, including those who died. As Podrick sings, we see couples sharing moments together in what could be their last together (as if another tragedy was arriving) – Sam and Gilly, Sansa and Theon, Arya and Gendry, Missandei and Grey Worm, and finally Daenerys and Jon. 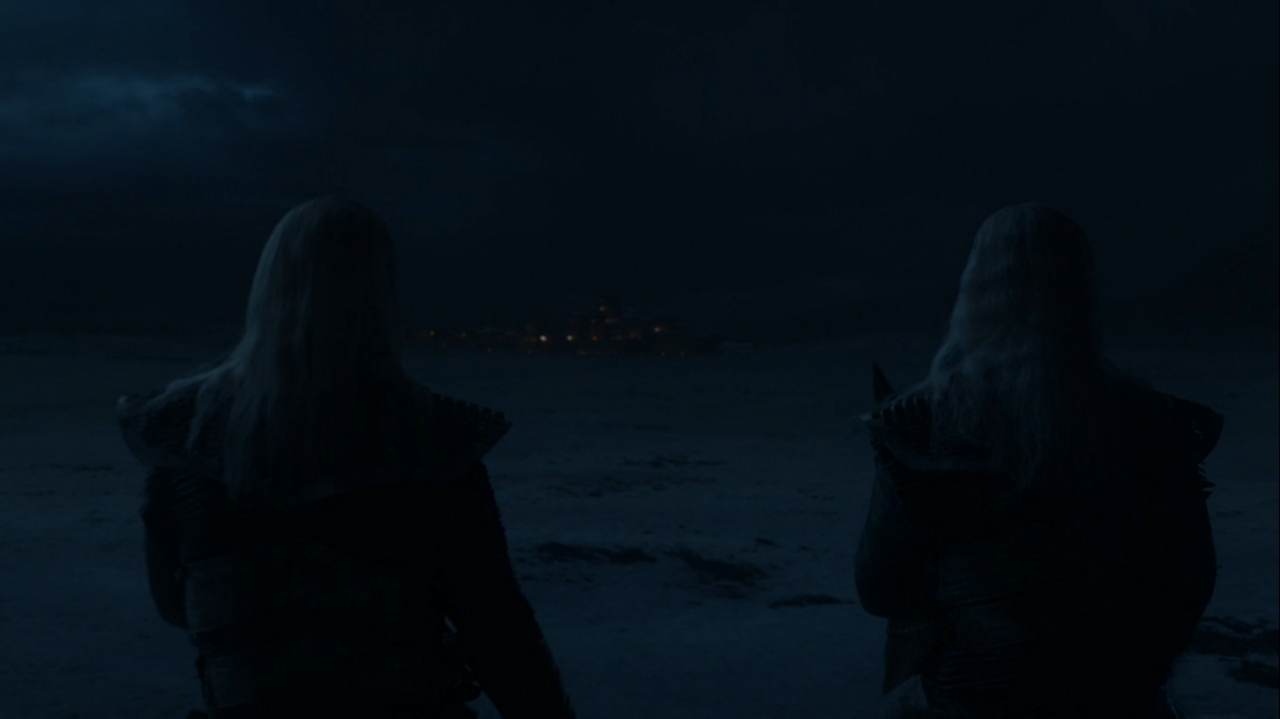 It seems only right that the episode ends just as Daenerys learns the truth about Jon, because the Night King has arrived. It only proves that it doesn’t matter who rules Westeros if everyone is dead. We can only wait until after the battle (and who survives it) to see who will rise to the throne. Also finally revealed is the Night King’s plan to repeat the Long Night, this time forever. There may be more to this motive, but again, next episode’s Battle of Winterfell will show who among our favorite characters will last the cold of winter.