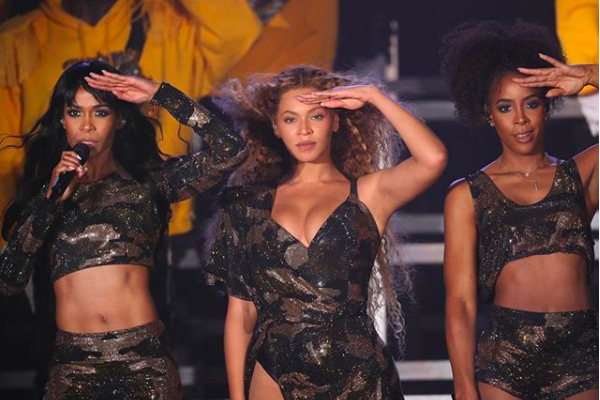 We can't contain our feels!

After the cancellation of her Coachella performance last year due to pregnancy, Beyoncé finally performed at the annual music festival on Saturday, April 14 (Sunday, April 15 in Manila).

Aside from breaking the record of being the first woman of color to headline Coachella, the festival also became a mini Destiny’s Child reunion! Kelly Rowland, and Michelle Williams appeared on stage to sing with Beyoncé their ’90s hits “Say My Name,” “Soldier,” and “Lose My Breath.”

The Queen B also sang “Deja Vu” with her husband, Jay-Z, and danced with her sister, Solange.

The group rose to fame for the songs “Survivor,” “Independent Woman,” and “Lose My Breath.” Although they announced a hiatus in 2002, the three have remained good friends over the years while concentrating on solo careers.

What can you say about this Destiny’s Child reunion? We want more of this!

Destiny's Child takes the stage during Beyonce's set at Coachella!